Voters across Europe are about to head to the polls to elect 751 members to the European Parliament from across 28 separate member states, representing more than 512m people. The 2019 elections are a mammoth democratic exercise with profound consequences for European citizens and the global role of the EU. Here are five things to look out for that could shape the future of Europe, and the world.

Populist upswings are part of the political cycle the world over. Europe has moved from pro-integrationist parties to populist backlashes many times in its recent history, as have states in North America, Asia and Africa. Current European populist movements tend to be national in type (protesting against key government decisions, like the Gilets Jaunes movement in France) or international (focused against the EU itself, or specific trends like migration and globalisation). 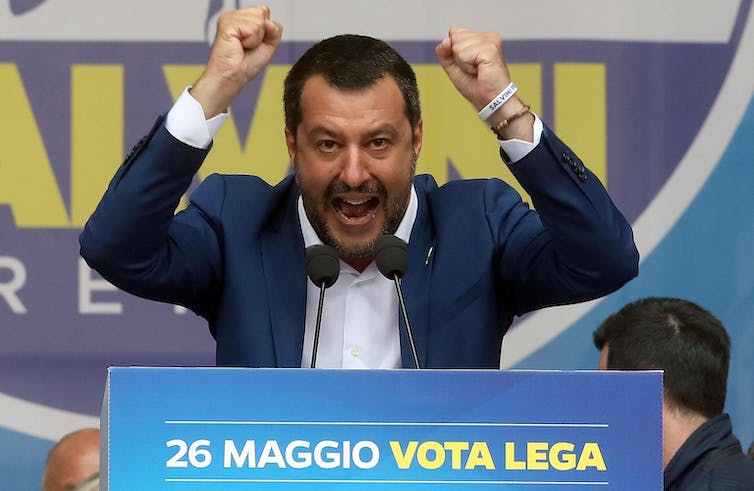 Italy’s Matteo Salvini is leading an alliance of populists in the election. EPA/Matteo Bazzi

The 2019 election is an opportunity for populist movements in Europe to gain ground internationally. Among the most likely populist parties to win seats are Nigel Farage’s Brexit party in the UK, Marine le Pen’s rebranded National Rally from France, and Matteo Salvini’s League from Italy.

The far-right Alternative for Germany is now the largest national opposition party, but it’s not expected to be a major European contender, nor is Austria’s Freedom Party. Hungary, however, could win seats for the centre-right Fidesz party (despite serious questions over the validity of its last election). Poland will also witness a clash between pro-EU groups like the European Coalition and the ruling Law and Justice party, which is promoting a conservative vision of a “Christian” Europe of sovereign states.

How will the parliament regroup?

Once elected to the European Parliament, populist parties (right- or left-leaning) will need to decide which of the eight party groups they want to join – or whether to remain unaffiliated. This could have a big impact on how the parliament operates.

Essentially, they can then play along, or dig their heels in. Working in coalition, they can promote a key policy (for example, opposing the euro, enhanced migration options, foreign affairs), building consensus with other parties, left and right. Equally, they can refuse to engage and stonewall legislation that comes before the European Parliament, producing procedural inertia. As populist parties have very specific demands on key EU issues (including those with international implications), the size of their possible gains will be key.

A boost in centre-right seats would see the parliament’s largest group – the European People’s Party (EPP) – strengthen its ability to dictate the next legislative term of the parliament, and bolster its influence over EU posts and policies. But if centre-right and populist votes simply aren’t there, then the democrats and socialists will get a boost as the second and third largest parties, making things tough for the dominant centre-right EPP grouping.

Could green parties be about to set the agenda?

Centrist parties are important, but recognising the greens is crucial. In Britain, and in Europe, green parties are aiming to mop up votes from people who are uneasy with simplistic far-left or far-right messaging. Their strength is to sidestep much of binary “us vs. them” dynamic by simply platforming an issue that generates near-universal consensus: tackling climate change. 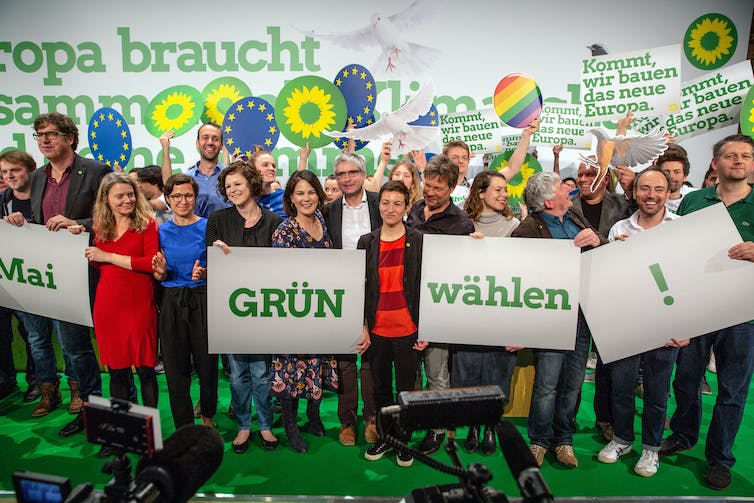 Green parties are looking for a big win. EPA

The European Parliament has not one but two green groups, and both are likely to increase their seats. Should they choose to work together, as well as pulling others into their orbit on key issues, the outcome could strengthen the European Parliament’s hand as a purveyor of climate change activism, as well as deepen the instituiton’s ability to work with the European Commission in legislating on the EU’s approach to climate change. This, in turn, would enhance the EU’s role as a green pioneer on the world stage in the face of climate-sceptic states like the US and Brazil.

If the Greens wind up as the issue-based “glue” of the parliament, brokering agreements between other, less unified groups, this could certainly help bring climate issues to the fore internationally.

Will the UK vote for Brexit again?

In the years since the UK’s vote for Brexit, the UK government still hasn’t produced a deal that everyone can agree on, and the deadlock seems interminable. Into this vacuum comes an opportunity to issue a satisfying smack to the establishment. For some, the Brexit party provides a cathartic release with a simple message: You want to get on with leaving – vote our way and we’ll ensure the message is heard. That may be the case, but MEPs can’t actually enforce Brexit from the European Parliament. 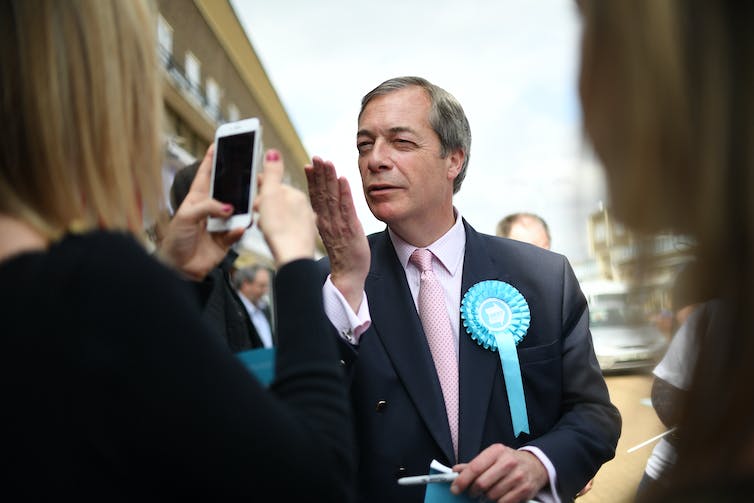 Pro-Remain parties are more fragmented but are still neck-and-neck collectively with the combined Brexit coalition.

Who will the parliament choose to lead the EU?

The European Parliament has gained power, visibility and an enhanced reputation since the first election in 1979. It is a force to be reckoned with. It co-legislates with the European Commission and scrutinises legislation in trade and foreign policy and climate change, to name but a few. It also controls the EU budget.

The individuals appointed to these positions will doubtless become key players in current and future Brexit talks. They and MEPs will also have to promote the new 2020 European vision that will be unveiled as part of the changing of the guard. This vision will dictate specific bilateral relations, like Franco-German cooperation, and regional balances, from the Baltics to the Balkans. It will also involve kick-starting relations with new partners like Canada and China, or restarting work with the US on ticklish issues like trade, state aid and competition.

Whether this vision will balance integrationist and populist strains remains to be seen. The outcome of the European elections will give us our first clue.