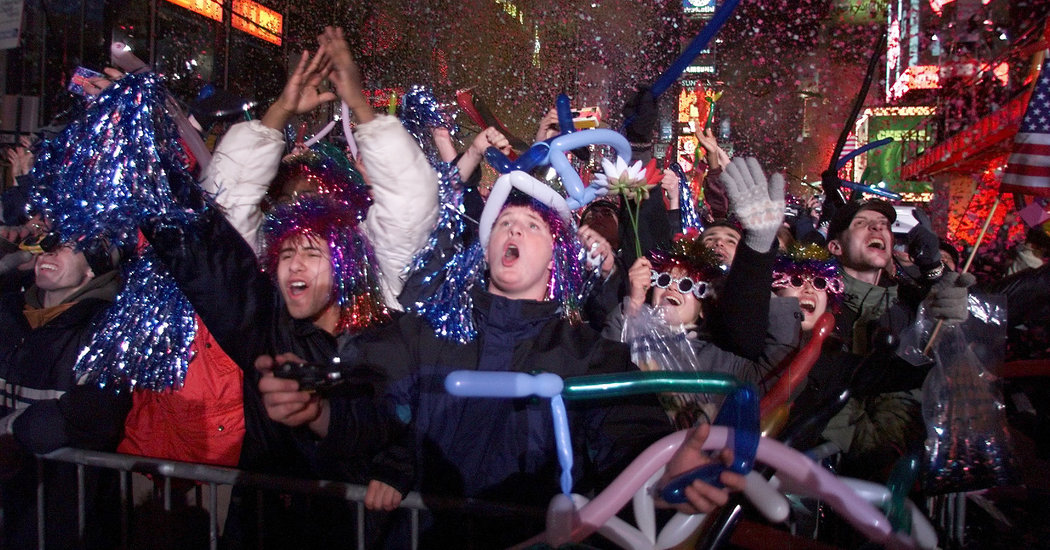 Bret Stephens: Hi, Gail. I was really saddened by the death of Jerry Stiller last week, who I’ll always think of as Frank Costanza from “Seinfeld.” It got me to thinking about how far we’ve come from the 1990s, mostly for the worse.

Gail Collins: I can tell this is going to be fun. I love picking best and worst decades.

Where did it all go wrong, Gail?

Gail: Bret, a long time ago my husband and I wrote a book about the approach of the new millennium in 2000. Just picked it up and realized we began: “Pity the 1990s, when they end, nobody will even notice.”

Gail: It turned out to be way truer than we appreciated. The whole decade faded in the shadow of our introduction to a whole new world of global terrorism in 2001.

Without disrespecting the entire 10 years, I’ve always regarded the 1990s as kind of shallow. It was indeed a time when we celebrated a new generation of entrepreneurs. But it was also the era we wrung our hands about the young slackers and their work avoidance.

Bret: Who can forget Winona Ryder hamming it up to “My Sharona” in “Reality Bites,” the ’90s slacker classic? A touchstone of my 20s.

Gail: The thing that makes everything seem so sour now is the internet. The many, many Americans who were steaming in silence back in the day now get to howl their outrage to the world on Facebook and Twitter.

Bret: Agree totally. My view of most social media, Twitter especially, is that it’s the digital equivalent of cocaine. People first do it because everyone else does. Then it makes them feel witty, confident and popular. Over time, it turns them into obnoxious creeps. In the end, it leaves them out of a job and feeling very sorry about all the people they’ve hurt.

Gail: By the way, my all-time favorite TV series, “The Wire,” started in 2002. And I never had another experience with TV comedy as exciting as watching the debut year for “Saturday Night Live” in the 1970s. And for sheer variety and quality there’s never been a TV era that approaches our current one. Cannot imagine the country shut in for months on end with nothing but 1990s TV for distraction.

Bret: I don’t watch nearly as much TV as I should. But my wife keeps telling me I have to watch the new season of “Fauda,” and a friend of mine raves about a German production called “Weissensee.” It’s a reminder of how much we benefit from quality products made abroad, which is why I wish we had a political party that still stood for free trade, the way Republicans and Democrats did back in the ’90s.

Not to yank us back into politics, Gail, but any thoughts on the Mike Flynn controversy?

Gail: This is a guy who was fired from an important intelligence agency job by Barack Obama. Despite Obama’s warning, Trump hired him as national security adviser, which was insane.

Bret: Will definitely grant you that.

Gail: This is a guy who had totally inappropriate one-on-one negotiations with the Russian ambassador on a phone he must have known was tapped. Who lied to Mike Pence, got fired by Trump after three weeks, and then turned on the Trump team to try to get a better deal on a prison sentence.

And now he’s a right-wing hero, protected by the Justice Department and celebrated by the president, who claims Flynn was persecuted by the Obamaites. There’s got to be a Netflix series in there somewhere. Starring Steve Buscemi as Flynn and of course Alec Baldwin as Trump.

Bret: Somehow I don’t picture Buscemi as Flynn. Maybe a slimmed-down Will Ferrell?

Bret: To be candid, I feel very unsettled by the Flynn case. Late last year the Justice Department’s independent inspector general revealed that the F.B.I. had misled the FISA court in ways that did serious injustice to Carter Page. I had previously written some nasty things about Page, mainly based on invidious reporting about him, for which I apologized in my column. Reputational murder by media smear is not a pleasant experience.

Gail: Kudos to you for apologizing.

Bret: I supported the Mueller investigation when it was under attack by a lot of my friends on the right. But as some of the details of the case come to light, it strikes me as being another case of prosecutorial abuse and trial-by-media, with the F.B.I. more-or-less manufacturing a criminal act, based on the slender reed of a scarcely used 1799 law, for the sake of investigating a collusion conspiracy that it could never prove. I don’t like Flynn’s politics or his client list. I don’t think he should have been named national security adviser. And he deserved to be fired for lying to Mike Pence.

But I don’t see the crime in an incoming national security adviser having an informal discussion with Russia’s ambassador in pursuit of exactly the same kind of “reset” policy President Obama adopted when he first came to office.

And using the full power of the Justice Department to criminalize the behavior of people with whom they have personal or political differences is a danger to civil liberties.

Gail: Just don’t think Flynn can make the grade as a victim. But we’ll see.

By the way, I wanted to ask you — what do you think Congress should be doing about the economy now? Are you freaked out by the deficit? I’m a congenital worrier, but I must say never in my life has the federal deficit made it into my top 20 list.

Bret: I’ve never been a deficit hawk, but neither am I a member of the “deficits don’t matter” school of Cheneynomics. The important question is whether the money is being spent on an essential purpose. Winning World War II or the Cold War were worth big deficits. So is keeping the economy afloat in an unprecedented global emergency.

Gail: I hear the siren call of an infrastructure bill …

Bret: That said, I don’t think we can keep this up much longer. People keep pointing to the flaws with the Swedish model, but surely it matters that they’ve managed to keep fatality rates below that of many other European countries that had lockdowns, without completely cratering their economy in the process.

Gail: Bret, you’d reject the Swedish model of everything involving spending and taxes. You can’t only think the Swedes are smart when it comes to pandemics.

Gail: I’m rooting for a version of the Democratic agenda. Massive domestic spending that will juice the economy and improve our society as well. Like early childhood education. That’s one issue many Republicans like, at least in theory. And it’s investing in the future.

But I have to admit that short of tax breaks for the rich, I could probably be enticed by almost any spending plan.

Bret: Oh, good, because I have several new aircraft carriers and a trillion-dollar nuclear-modernization program I’d like to sign you up for ….

Gail: Whoops, I forgot to add a few caveats.

Bret: But back to political reality. We’re going to have to find our way to a new normal, one that allows schools and businesses to operate again while trying to mitigate risks to a semi-tolerable level.

Gail: Yeah, that’s true. But I’m much more of a fan of shelter-in-place than you are. It’s obviously got to be adjusted to get people back to work. But the spirit of the thing — that we modify our behavior until the crisis has finally passed — is critical.

Bret: It would be great to have some fresher thinking on this. There’s a lot of political virtue-signaling on both ends of the spectrum, but I’d love to see someone step forward and give us an idea of how we balance risks, and how we move forward if, say, we have to live with Covid-19 for another decade.

Gail: You’re right that we do need a leader who can think outside the box. Or one who even understands where the box is.

Bret: Come to think of it, we really could use a president who says that all we have to fear is fear itself. Or maybe just someone to tell us, “Serenity Now!”