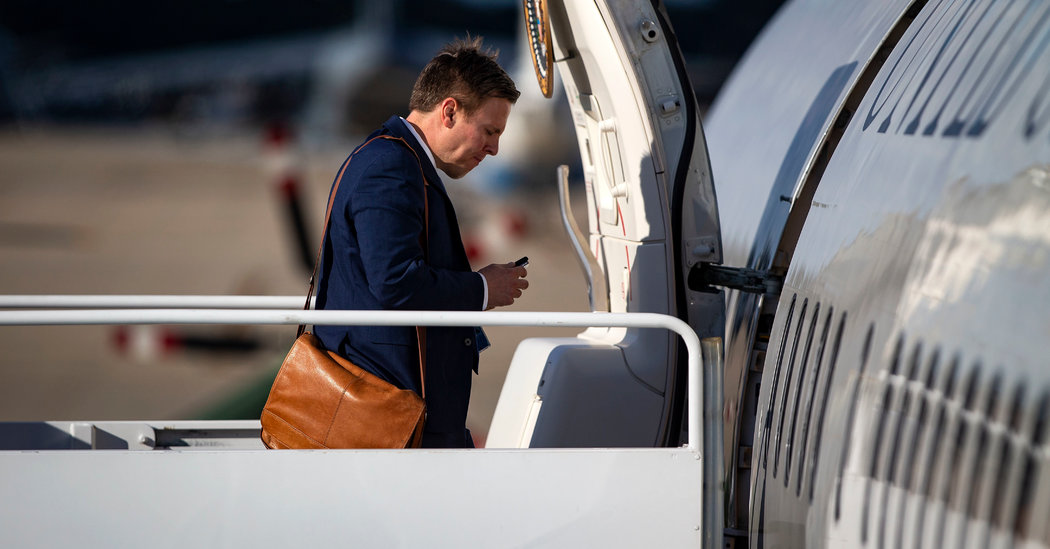 President Trump’s aides are promoting one of his top political advisers to deputy campaign manager, in a move to bolster the team heading into the final five months of the re-election effort, officials said on Tuesday.

Bill Stepien, the former White House political director who has been working as a senior political adviser to the campaign, said in a statement that the new role will let him support both Mr. Trump and the campaign manager, Brad Parscale.

“I will continue to support Brad Parscale as he leads the campaign, working with all of our partners in states across the country, and helping to coordinate all of our efforts to ensure the president is re-elected,” Mr. Stepien said.

The campaign is also promoting Stephanie Alexander, currently the Midwest regional political director, to the campaign chief of staff.

The moves come as Mr. Trump has faced political headwinds and fallen behind Joseph R. Biden Jr. in many polls, increasing speculation that he would reshuffle his campaign. But people on the campaign said that the ascension of Mr. Stepien, who has been involved in politics for many years, is intended to provide additional support for Mr. Parscale, who is not a political veteran.