Matt Hancock should have declared his intimate relationship with Gina Coladangelo who had “scrutiny” powers at his department, Jacob Rees-Mogg says.

Boris Johnson is refusing to hold an inquiry into the former health secretary – which might establish whether, or when, he revealed that his student friend had become his lover.

And he added: “If a man were to appoint his wife to be an executive director, you would hope that the Cabinet Office knew that the lady was married to the man.”

Mr Rees-Mogg also dismissed criticism of Mr Johnson for failing to declare his own potential conflicts of interest to parliament as “irrelevant technicalities”.

“Do you want to know that the prime minister is a leading bureaucrat? Well no, then we would still be in the European Union.

Mr Rees-Mogg dismissed a focus on such rules as ‘very American”, telling a podcast for the ConservativeHome website: “That’s not the type of country this country is.”

The parliamentary commissioner for standards is investigating the mystery of who funded the prime minister’s luxury Caribbean holiday on the island of Mustique, during Christmas 2019.

Mr Johnson claimed the £15,000 cost of his villa was paid for by David Ross, a Tory party donor and former deputy chairman of Carphone Warehouse, who owns a property on the island.

But Mr Ross then denied he had paid for the holiday and said he did not own the villa where Mr Johnson and his fiancée, Carrie Symonds, stayed.

The role of non-executive directors – who supposedly “challenge” ministers and provide independent scrutiny – is in the spotlight after the Hancock scandal.

He appointed Ms Coladangelo, for whom he has now left his wife, to the role at the health department, having previously employed her as an aide.

An analysis by the Open Democracy website found that she is one of at least 16 individuals with close ties to the Conservative party to have been appointed.

They include the former Tory vice-chairman, Dominic Johnson, and Ben Goldsmith – a party donor and brother of the Tory peer and former cabinet minister Zac Goldsmith.

The committee on standards in public life called for the appointment of on-executive directors to be regulated, in a report earlier this month. 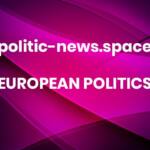